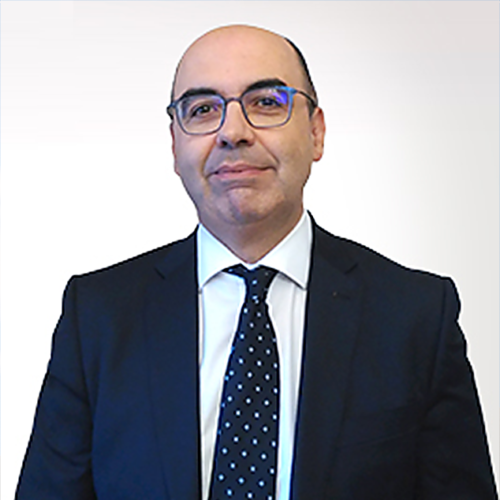 CURRENT PROFESSIONAL DATA: Professor of International Public Law and International Relations from the University of Salamanca. Currently Director of the President’s Office of the Council of State. He was Legal Adviser of the Ministry of Foreign Affairs and Cooperation (from August 2012 to February 2018). Member of the Permanent Court of Arbitration (since 2018). Associate member of the Hispano-Luso-American Institute of International Law.

PUBLICATIONS A complete list of his publications in Spanish can be found on the webpage: https://dialnet.unirioja.es/servlet/autor?codigo=37401. Author of 7 books (two of them published in German and 5 in Spanish), among which it is worth mentioning La inmigración y el asilo en la Unión Europea — Hacia un nuevo espacio de libertad, seguridad y justicia, Madrid, 2002 (316 pages; ISBN 84-7879-712-2). Coordinator of 14 books and compilations of legal texts (among them a manual of EU Material Law). Author of about 130 scientific articles published in specialist legal journals and in collective books in Spanish, German, English and French).

OTHER MERITS Member of the International Scientific Committee (Fachbeirat) Max Planck Institute for Comparative Public Law in Heidelberg (Germany). Doctor honoris causa from the University of Piura, Peru (officially presented 23 July 2009). Received the Cross of the Order of St. Raymond of Peñafort from the Spanish Ministry of Justice (24 February 2016.) Winner of the I Francisco Javier de Landaburu Universitas Prize Award of the Basque Council of the European Movement. Title of the project presented: Supranational federalism: a new model for the EU? (9.5.2002).

Prof. Dr. JOSÉ MARTÍN Y PÉREZ DE NANCLARES
This website uses cookies to improve your experience. We'll assume you're ok with this, but you can opt-out if you wish.Accept Read more