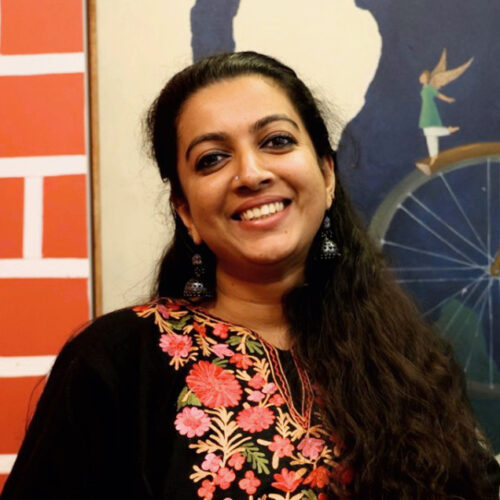 An independent documentary filmmaker and television producer from Kerala and now based in New Delhi, Priya’s body of work has focused on women and gender, her stories windows into myriad experiences of the body, the environment, the community, mapped from a gender and feminist perspective. Priya has been directing, producing and editing documentary films & television programmes for New Delhi Television, Fox Traveller, CNA, National Human Rights Commission of India, Films Division of India, Public Service Broadcasting  Trust & Khabar Lahariya for over a decade now.  Priya is currently a Director at Chambal Media.

Her independent films include Khanabadosh (2009), My Sacred Glass Bowl (2013), Survey Number zero (2016), Coral Woman (2019), City Girls  (2021). Her films  have been recognised with participation, mentions and best film awards in many international and national film festivals. She has been Co-Director of the IAWRT Asian Women’s Film Festival, New Delhi, from 2019-2020 and is currently a board member for IAWRT India chapter 2020-2022. She is also recognized as a Canon Cinema EOS Platinum Associate. She is an INLAKS fellow and is currently working on curating an art residency as part of her ongoing impact activities with Coral Woman film. Priya has a Master’s in Mass Communication from the Anwar Jamal Kidwai Mass Communication Research Centre, at Jamia Millia Islamia University, New Delhi.